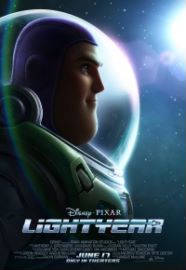 Buzz Lightyear very much deserved this blockbuster Pixar treatment. His journey through time and space with his very cute robotic cat is an unforgettable adventure. A bit tragic with he faces the consequences of time travel, but ultimately he found peace with his own timeline. The movie expertly mixes 90s sci-fi aesthetics with lore from the Toy Story series.
Personally, I think the ending is a bit pessimistic, Buzz blasted away the crystal in the hands of the elderly themselves, back to the stranded star, and submit to the arrangements of his chief on the ground cowering in the laser shield, at the cost of the chief gave him a little permission to take a few good friends to continue to go to the alien adventure, and Buzz will not raise the matter of returning to the human homeland, this attitude is itself a kind of abandonment, which makes Buzz from taking his compatriots back to a Home sense of responsibility collapsed into a vulgar “refined” egoist, as if the previous efforts are only to redeem themselves, so the mistakes made apologies can be indifferent to embrace the adventure of exciting hedonistic adventure life, the original idea of taking the crew off the planet to return home as soap bubbles burst. A whole episode of the struggle is actually a false kernel, Buzz is eventually disguised as a compromised part of the public opinion and reconciliation with their own, the objective reality is that this group of interstellar refugees is stranded on a planet unsuitable for human survival, lost the heart of the home. And the end of that “how far away, found a planet that may be harmful to us ……” sent Buzz with his own team to the expedition’s end, looks more like the commander to exclude the community’s internal instability of a disguised banishment.
After this movie, I understand why Andy loved his Buzz Lightyear toy. The only thing I don’t understand now is why Andy didn’t also have an amazing toy of Socks! I’m going to keep my eyes open for more of that lovable robotic cat, and hope to get my hands on some merch of him soon!
I think some people have miss understood this film. This film is a movie that Andy from Toy Story would have watched before he got Buzz Lightyear for his birthday. You cannot compare Toy Story films to this film, it’s a one-off film that is not comparable. Now on to the film itself, very well made with a great storyline, there is laughter, sadness, and happiness in it, the voices of the characters were brilliant and it was an enjoyable film to watch. Me, my wife and my two children all loved it and would recommend the film to anyone. Well done Disney on a great film!
You may visit 4khotvideo to find out where to watch free movies online. The most current releases as well as critically acclaimed movies and blockbuster dramas may be found here. So rather than searching for websites, go straight to 4khotvideo.